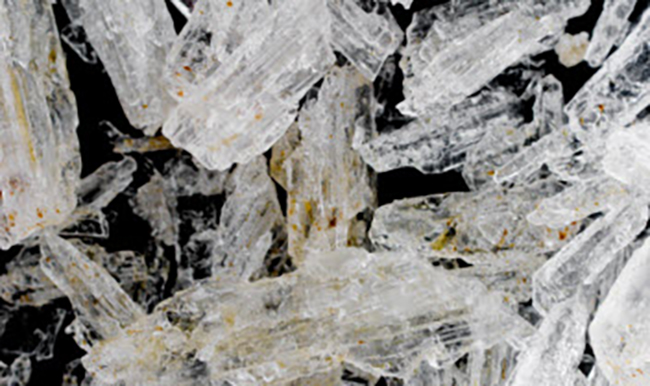 Methamphetamine, sometimes called meth, crystal, crank, or ice, is a highly addictive stimulant. It emerged in the 1930s as a treatment for narcolepsy and depression and was also taken by German and Japanese soldiers in World War II to stay alert during battle, according to a DATIA focus article by Dr. Rodi Predescu, Quest Diagnostics. In the 1960s, people began to inject the drug to experience euphoria. Along with the explosion of crack-cocaine in the 1980s, meth continued to gain an audience of new users. In the past two decades, the abuse of methamphetamine has significantly increased. Although it is available by prescription, the majority of methamphetamine is produced and distributed illegally. The law requires all pharmacies and retail stores to monitor the sale of over-the-counter medicines with ingredients like pseudoephedrine because they are the key ingredients in the home-made of meth.

Methamphetamine can be taken orally, smoked, snorted, or injected. Small amounts of the drug may cause increased physical activity, increased respiration, lack of appetite, rapid and irregular heart rate, and increased blood pressure. Repeated use may lead to anxiety, insomnia, weight loss, skin sores, and severe dental issues, referred to as “meth mouth.” Additionally, people who inject meth are at higher risk for contracting infectious diseases like hepatitis C and HIV.  Addicts can suffer intense withdrawal symptoms when they detox and quit using methamphetamine.

The most current findings from the National Survey on Drug Use and Health tell us that:

To see methamphetamine positivity rates by 3-digit zip code in the United States for the past 10 years, visit QuestDiagnostics.com/DrugMap. 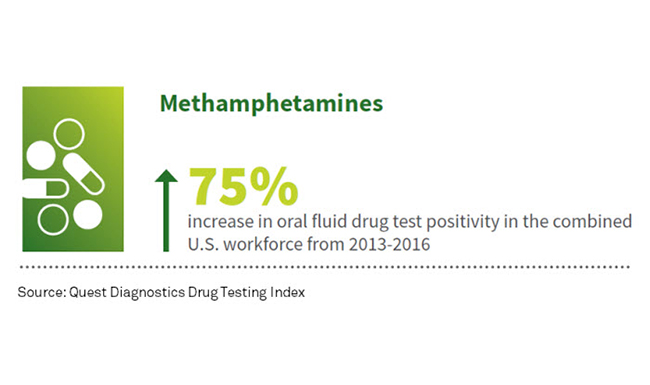