The Quest Diagnostics Drug Testing Index™ (DTI) is arguably the industry’s longest standing, most frequently relied upon resource for drug trends in the American workforce by policymakers, media, employers, and the general public. The DTI examines positivity by drug category, testing reason, and specimen type. Since its inception in 1988, this report has analyzed millions of drug test results and tracked the evolution of our industry.

The National Survey on Drug Use and Health (NSDUH) is also a trusted source for national and state-level estimates of alcohol and illicit drug use. NSDUH’s data fuels efforts for drug prevention, treatment, and research communities. Key questions for employers in the NSDUH data include an individual’s employment status and whether or not a company has a workplace drug testing program.

Dr. Barry Sample, Senior Director of Science and Technology, Quest Diagnostics, reviews DTI data in conjunction with NSDUH results to compare positivity trends and self-reported drug use over time. The latest DTI data revealed steady increases in overall positivity in the combined U.S. workforce that reached a 10-year high. The NSDUH survey results also support the DTI findings with year-over-year increases of self-reported drug use since 2012. In addition, the DTI called attention to increases in marijuana positivity during the past five years. NSDUH also indicates higher self-reported use for marijuana with 22 million Americans identifying as current users.

Dr. Sample re-emphasizes these conclusions from the NSDUH data:

Since the Drug-Free Workplace Act of 1988, drug use among American workers has declined 74%. Workplace drug testing programs have proven to be valuable tools to deter drug use and promote safe and healthy environments. Data from the DTI and NSDUH showcase the importance of screening applicants and current employees for drug use and continuing to remain committed to drug-free workplaces. 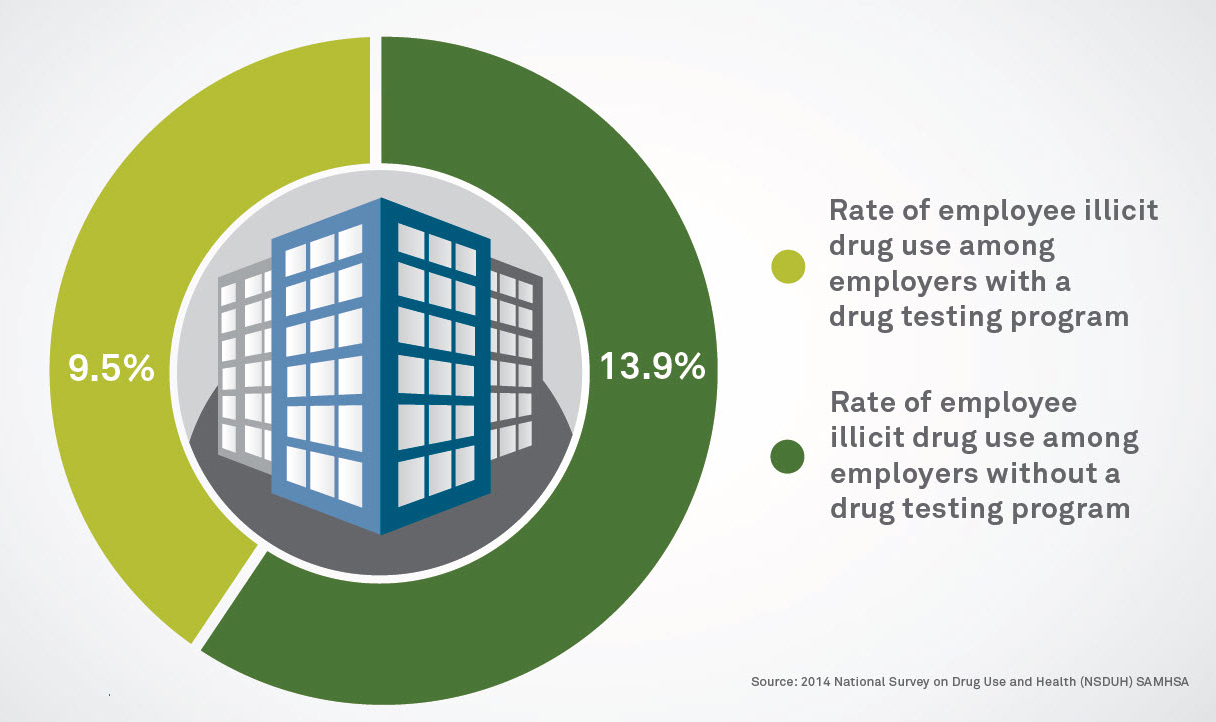