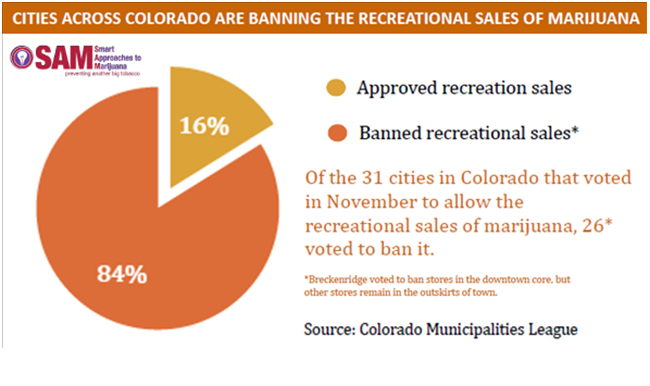 Recreational marijuana use has increased in all age groups in the states where it is legal according to a new report released by Smart Approaches to Marijuana (SAM) called Lessons After Two Years of Legalization. The report reviews the available data “to accurately evaluate the consequences and costs of marijuana legalization in Washington and Colorado.” It analyzes areas such as increasing use, ingestion by children, crime, underage use and burn victims as a result of hash oil explosions.

According to the report, the federal government took a “hands-off approach, promising to track nine consequences of legalization” yet, to date, there isn’t a robust public tracking system. SAM began tracking concerns and published this report. These are some key points from the data:

Smart Approaches to Marijuana is an anti-legalization group of professionals with an approach to marijuana based upon science, public health, safety and research. The group calls for more sophisticated data in regards to marijuana and the consequences of legalization.