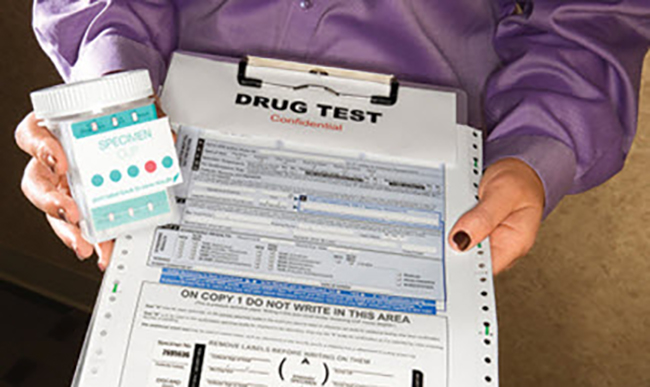 In the early afternoon of January 4, 1987, an Amtrak train crashed into a locomotive 18 miles northeast of Baltimore, causing 16 deaths and dozens of injuries. In post-accident drug and alcohol testing, the engineer driving the train tested positive for marijuana, although no one noticed anything unusual about his behavior before the crash that day.

The threat of workplace drug use was well-known even before the tragedy. Six years prior to the Amtrak incident, the crash of an aircraft aboard the USS Nimitz spurred an investigation by the U.S. military that found widespread use of drugs among U.S. Navy personnel.

These events helped prompt Congress to pass the Drug-Free Workplace Act in 1988 to address the issue of workforce drug use. The act requires certain federal contractors and all federal grantees to agree that they will provide drug-free workplaces as a condition of receiving a contract or grant from a federal agency. In 1991, the government also authorized mandatory random drug testing for employees in “safety-sensitive” jobs in industries regulated by the U.S. Department of Transportation.

Similarly, the explosive growth of crack cocaine in the United States in the mid-1980s focused attention on the workplace impact of drug use in the private sector. This led to the implementation of workplace drug education, monitoring and employee assistance programs for both public and private employees.

Thanks to the coordinated efforts of the medical and business communities, the rate of positive drug tests in the workforce has declined significantly among employers who have instituted a drug-free workplace policy since the implementation of the Drug-Free Workplace Act.

But this overall trend does not mean that employers, medical professionals, and policymakers can declare victory in the battle against drug use in the workplace. The Quest Diagnostics Drug Testing Index™ 2016 report offers new evidence of the challenges ahead.

The positivity rate in urine tests for cocaine increased for the fourth consecutive year in the general U.S. workforce and for the second consecutive year in the federally-mandated, safety-sensitive workforce. Methamphetamine positivity has also been on the rise, climbing 64% in the general U.S. workforce and 14% among federally-mandated, safety-sensitive workers between 2012 and 2016.

Quest examined state-level data for marijuana, including states with recreational use statutes. In Colorado and Washington, the first states in which recreational marijuana was legalized, the 2016 positivity rate for marijuana outpaced the national average for the first time since the statutes took effect in 2014. The national positivity rate increased 4% between 2015 and 2016, but jumped to 11% in Colorado and 9% in Washington in the same period.

Given this data, it seems reasonable to conclude that the legalization of marijuana for medical and recreational purposes will lead to increases in the rates of marijuana use in the workforce, which could affect more and more companies as the legalization movement spreads throughout the country. While current policy discussions are largely focused on marijuana, employers must not lose sight of the other trends in workforce drug positivity. Drug use of any kind can have a major impact on workplace safety and productivity. Employers need to be aware of the problem and take any necessary steps to protect their employees and their workplaces from the threat of drug use.

Robert L. DuPont, MD, is president of the Institute for Behavior and Health, Inc., a nonprofit organization that works to reduce illegal drug use. He was the first director of the National Institute on Drug Abuse (1973-1978) and second White House Drug Chief (1973-1977).

Risk Management magazine features analysis, insights and new from the Risk and Insurance Management Society, Inc. (RIMS) The “New Trends in Workforce Drug Use” article was published on August 1, 2017.