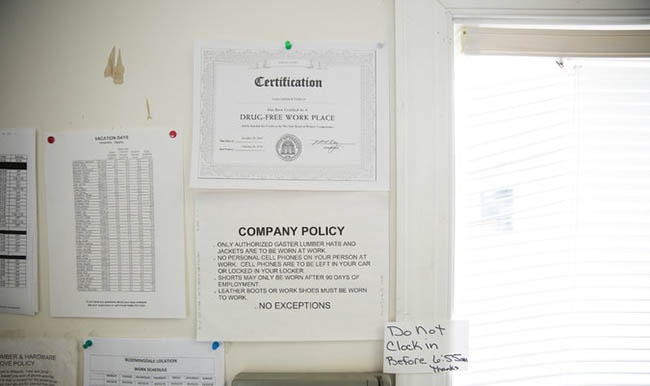 The New York Times writer Jackie Calmes reports that employers across the United States are struggling to find workers who can pass a pre-employment drug test. Businesses started noticing a trend once job candidates learned that the next step of the hiring process was a drug test and nearly half of the applicants simply skipped the test and left. The challenge of hiring drug-free employees reflects a rise in drug use, especially marijuana.

Data from the Quest Diagnostics Drug Testing Index™ was cited saying that for the second consecutive year, the percentage of American workers [General U.S. workforce] who tested positive for illicit drugs increased — from 4.3% in 2013 to 4.7%  in 2014. And 2013 was the first year in a decade to show an increase in positivity rates.

“If we go back to 1988, the combined U.S. work force positivity was 13.6% when drug testing was new.  But two consecutive years of increases are worrisome,” said Dr. Barry Sample, Director of Science and Technology, Quest Diagnostics Employer Solutions.

In addition, results from the National Survey on Drug Use and Health (NSDUH) show that one in 10 Americans aged 12 or older reported in 2014 that they had used illicit drugs within the past month — the largest share since 2001.

After looking at our workplace drug testing data and the federal government’s survey results, Dr. Sample said it “indicates higher drug use among those who work for employers without a drug-testing program than workers who are tested.”