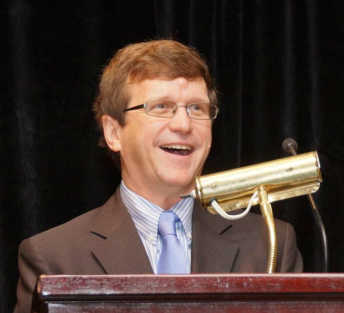 How Illicit Substances Affect Our Workers and Their Productivity

In 1988, the Drug-Free Workplace Act was enacted, requiring some federal contractors and all federal grantees to agree that they will provide drug-free workplaces as a precondition of receiving a contract or grant from a federal agency. It was President Ronald Reagan’s goal that “(t)he federal government, as the largest employer in the nation, can and should show the way towards achieving drug-free workplaces through a program designed to offer drug users a helping hand and, at the same time, demonstrating to drug users and potential drug users that drugs will not be tolerated in the federal workplace.”

Flash forward 25 years. A newly-released report based on 6.4 million workforce drug tests performed by Quest Diagnostics between January and December 2011 indicates that more stringent government testing rules are improving detection of drug misuse in the workforce. However, drug abuse remains a very serious problem, especially as it relates to trends regarding specific drug use.

Workforce drug testing has come a long way in the short time span since the Reagan initiative. Over the last few decades, testing policies have evolved to serve a dual purpose of protecting the health, safety and welfare of both employees and the general public. This is especially critical in certain industries, such as public transportation, where an impaired driver, pilot or operator creates substantial public risk.

In 1991, five people were killed and more than 200 injured after a New York subway train failed to slow at a switch and derailed; hours after the accident, the operator’s blood alcohol level was still 0.21 percent, more than twice the New York vehicular drunk driving standard of 0.10 percent. The day after the accident, the New York MTA announced a random drug and alcohol testing program for its subway crews and bus drivers. Later that year, in response to myriad transportation- related accidents, Congress passed the Omnibus Transportation Employee Testing Act of 1991, mandating testing in recognition of the safety need for ensuring drug and alcohol-free transportation employees, known as “safety-sensitive” employees.

The federal requirements for testing federally mandated safety sensitive workers has evolved since its inception in response to the utilization of new drugs and better testing methodologies. In October 2010, the government instituted lower initial and confirmation cutoffs levels for amphetamines and cocaine, and added other substances, such as heroin and ecstasy to the required drug-testing panel. Cutoffs are the minimum concentrations of drugs or metabolites that must be present in a specimen to be considered a “positive” drug test under established guidelines. Workers subject to these new requirements include private-sector workers for whom routine drug testing is mandated by the DOT, such as federal contract employees, as well as those federal employees in testing-designated positions.

Partly due to the drug-free workplace initiatives pursued by the Reagan administration in the mid-1980s, private companies have increasingly included drug testing as a part of their employee screening program. Given the ongoing misuse of drugs and the costs associated with drug use in the workplace, private sector workplace drug testing is far more commonplace as well, offering the opportunity to identify employees who might need help, to help ensure safer workplaces, to improve productivity, and to reduce absenteeism. Employers who implement drug testing programs do so for a variety of reasons – often to protect the health and well-being of their employees and to avert the business risks associated with drug-induced judgments.

For more than 20 years, Quest Diagnostics has published the Drug Testing Index™ twice annually as a public service for government, media and industry. Now considered to be a benchmark for national trends, the Drug Testing Index examines positivity rates – the proportion of positive results for each drug to all such drug tests performed – among three major testing populations: federally mandated, safety-sensitive workers; the general (private sector) workforce; and the combined U.S. workforce. Thresholds for positivity are determined by cutoff levels as established by the administrating authority; these cutoff levels determine the threshold for positivity for a specific substance. Should a metabolite appear at or above the level of the cutoff, a test is determined to be positive.

Although the general U.S. workforce showed a slight overall decline in positivity, usage of specific types of drugs showed considerable increases. Overall positivity for the U.S. general workforce declined 2.4 percent since 2010, with a 7 percent decrease over five years; however, amphetamine and cocaine positivity increased over 2010 levels, reflecting, in part, the effect of private sector employers’ adoption of the new federal cutoff levels. Amphetamines positives increased 16.7 percent from 2010, up 75 percent since 2007, and cocaine positivity increased 8 percent from 2010 (0.25 percent vs. 0.27 percent) in the general workforce. Positivity rates for oxycodone and opiates are notably higher in the general workforce than 2010, with positivity for oxycodone 10 percent higher than 2010 and up 25 percent since 2007, and positivity for opiates up nearly 7.7 percent from 2010 and up 20 percent since 2007. Amphetamines, including prescribed medications that carry a reputation for diversion for illicit use, and cocaine, well known as an illegal drug of abuse, are powerful stimulants.

Identifying their use is an important safety issue in the federal as well as general workforce.

Overall, the 2011 Drug Testing Index reflects a continuation of the national trend toward increased utilization of narcotics and pain medications. As the abuse and misuse of prescription medications and stimulants increases, the more stringent federal requirements may serve as a stronger deterrent to those who would put themselves and others in danger by using or misusing these drugs.

Studies suggest that substance abuse – which includes drugs and alcohol – costs the United States an estimated $276 billion a year, with much of the cost resulting from lost work productivity and increased healthcare spending. The human cost of substance abuse is much higher, especially when coupled with safety-sensitive jobs that present a risk to public safety. Drug testing can be a valuable tool for some employers to create professional, safe workplaces, especially when coupled with education, prevention, and referral and treatment programs.

Written by Quest Diagnostics Director of Science and Technology, Dr. Barry Sample, for the July 2012 issue (Vol. 10, No. 6) of Case In Point.