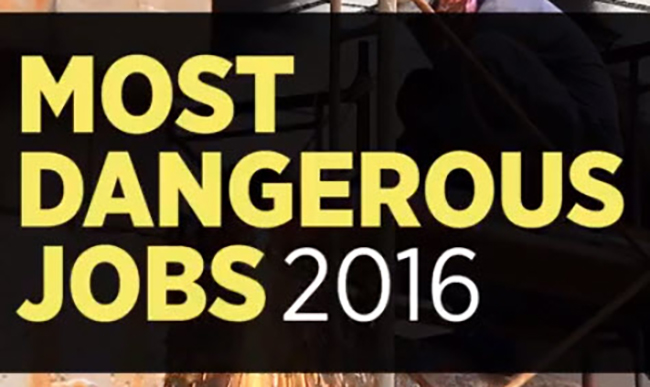 Certain professions come with inherent dangers and compel employees to directly face life-threatening situations. Other jobs require employees to spend entire workdays on roads and highways or in environments with heightened exposure to risk, elevating their chances of accidents.

In “America’s Most Dangerous Jobs in 2016,” Forbes journalist Karsten Strauss highlights fields associated with danger such as civil service, transportation, and construction. The data was compiled from the U.S. Bureau of Labor Statistics (BLS) and the Centers for Disease Control and Prevention (CDC) by an employment site called CareerCast.com who ranked the jobs that pose the highest risk for serious injury or fatality. According to the research, these 10 careers carry the greatest threat to the safety of their workers:

With those facts in mind, people who use drugs and are employed or looking to be hired into these fields have the potential to make already risk-filled work conditions even more dangerous. For that reason, keeping the workforce drug-free is critically important.  A comprehensive drug testing program seeks to filter out drug users and to deter substance abuse in the workplace using a number of testing reasons.