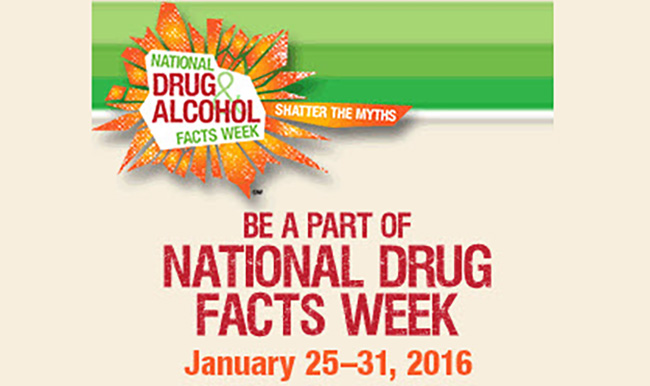 The National Drug and Alcohol Facts Week (NDAFW) is a national health observance aimed at revealing the truths about drug and alcohol use to teens. This year, the week is being observed from January 25-31 and the Drugs & Alcohol Chat Day is January 26.

The National Institute on Drug Abuse (NIDA) created a campaign called Shatter the Myths which offers ideas, videos, graphics, toolkits and free materials to use at events in schools and communities. The week highlights evidence from scientists and experts about alcohol, marijuana, prescription drugs, synthetic drugs and tobacco.

Here are some statistics from the 2014 Monitoring the Future survey data that you may see during National Drug and Alcohol Facts Week:

While we help employers create drug-free workplaces, we also support organizations that work to inform and educate people about substance abuse and drug prevention and encourage you to do the same.