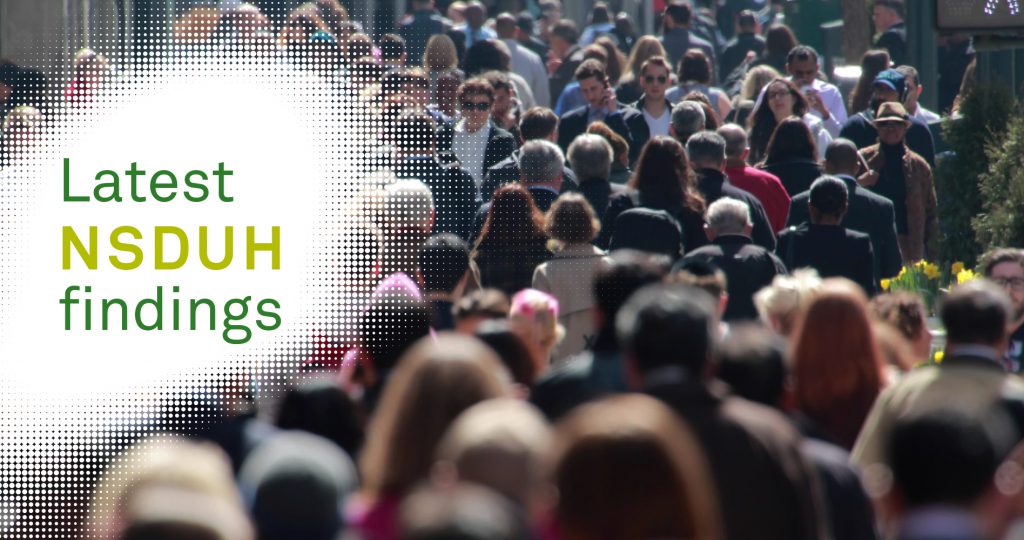 An estimated 30 million people, or 11.2% of the U.S. population, used an illicit drug in the past month, according to the latest data from the National Survey on Drug Use and Health (NSDUH). As our country faces an opioid crisis and states continue to legalize marijuana, it is no surprise that marijuana and opioids topped the list as the two most popular drugs.

Sponsored by the Substance Abuse and Mental Health Services Administration, NSDUH is an annual survey of self-reported drug use by Americans aged 12 years old or older. The survey gathers information on 10 categories of illicit drugs, which include marijuana, cocaine, heroin, hallucinogens, inhalants, methamphetamine, prescription pain relievers, tranquilizers, stimulants, and sedatives.

The survey is considered by many to be the definitive source for national estimates of rates of use, numbers of users, and other measures related to illicit drugs, alcohol, and tobacco products in our society. Its insights build awareness of substance abuse issues and help to analyze patterns and trends in the United States. Some key points from the most recent data for Americans aged 12 or older include:

As data from the NSDUH examines self-reported drug use, the Quest Diagnostics Drug Testing Index™ for the same time period also showed that drug use in the American workforce remained at its highest rate in more than a decade. Overall positivity was fueled by cocaine and methamphetamine as well as an uptick of marijuana positivity rates in states that have enacted recreational marijuana use statutes since 2016.

Download the full National Survey on Drug Use and Health 2017 report.