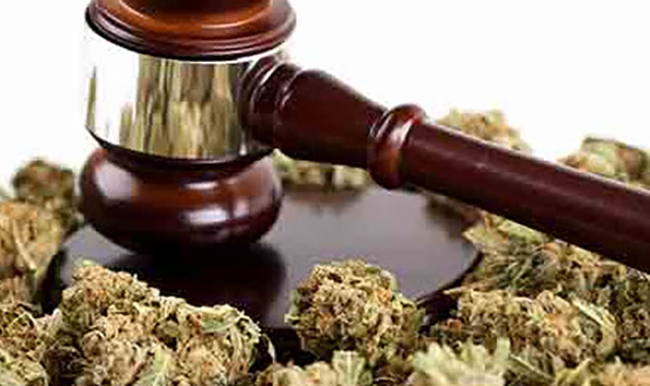 More than twenty states have enacted medical marijuana laws since Proposition 215 was passed by California voters in 1996. The earliest medical marijuana laws typically only provided criminal protections, however in the past two decades, laws are now extending protections to housing, schooling, domestic relations, and employment. State marijuana regulations uniquely address aspects such as possession limits, methods of ingestion, distribution, dispensaries, qualifying conditions, and actions employers can take in the wake of positive drug test results.

Generally speaking, employees have some protections and legal rights in the workplace against various forms of discrimination and unfair practices. Under the current landscape of today’s medical marijuana laws, in some states, employees can now hold marijuana registry cards and use the substance if they suffer from certain specified qualifying conditions such as post-traumatic stress disorder (PTSD) or chronic pain. These laws are inconsistent and constantly changing, including the degree of protections offered in the workplace—and an employer may have a duty to accommodate off-duty use. It is important for employers to understand how employee protections regarding marijuana can vary from state to state and whether or not they have a duty to accommodate.

Currently, legislation and litigation is pending in all the states with, or considering, medical marijuana legislation that could clarify the laws in those states. In general, however, employee protections in state marijuana laws currently fall into four general categories:

States likely providing no employee protections
Seven states and the District of Columbia have state medical marijuana laws that are silent as to employee protections and generally only provide criminal protections. Some of these states have issued agency guidance or other relevant case law on the topic.

States with explicit employee protections
The following eleven states have statutes with explicit language (anti-discrimination or reasonable accommodation provisions) providing varying levels of employment protection. These laws generally prohibit adverse action against an employee/applicant based on their status as a medical marijuana cardholder or participation in a marijuana program. Most of these laws are very new and need additional guidance; none have been tested in court. Some states, such as Arizona, Delaware, and Minnesota, explicitly address drug testing and provide that a positive drug test alone cannot automatically be grounds for refusal to hire, firing, or other adverse employment action.

Current trends indicate that states are allowing more employee protections in state marijuana laws. However, under current laws, employers in all 50 states do not have to accommodate an employee working “under the influence” of marijuana or the use of marijuana by an employee while on-duty. More importantly, in current marijuana laws, there are no restrictions that limit an employer’s ability to drug test for marijuana. Employers motivated to maintain a drug-free workforce should have a clearly written policy that complies with all applicable state, federal, and local laws and that summarizes expectations and consequences as appropriate.

Download our Marijuana Legislation by State infographic as a resource.

Watch our on-demand webinar called “Weeding out the Facts: Marijuana Legislation & the Workplace.” 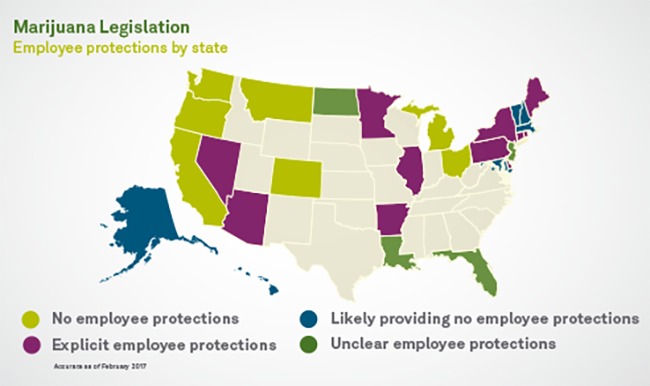 This information is not intended to serve as legal advice. All information provided by Quest Diagnostics is qualified by the laws and regulations of the individual states, and such information is subject to change. If you have any legal issues or concerns, we urge you to get advice from your attorney.