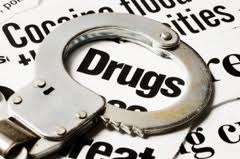 The Pretrial Services Agency (PSA) for Washington D.C. screens adult arrestees for illicit drugs. Data from the latest PSA report – featured in this month’s CESAR FAX – reveals that the drug positivity rate has declined from 49 percent in 2006 to 27 percent in 2014. The Center for Substance Abuse Research (CESAR) reports that the decrease in the overall drug positivity rate could be attributed to the significant decline in cocaine positivity. According to the PSA data, the cocaine positivity rate declined from 40% in 2006 to 13% in 2014 – which is an all-time low for screens performed by the PSA in D.C.

The report noted, “These results do not necessarily mean that D.C. adult arrestees have stopped using drugs, only that they are not using the drugs for which they are being tested.” The PSA only screens for cocaine, PCP, opiates and amphetamines – not marijuana which continues to be the most commonly detected illicit drug, according to the Quest Diagnostics Drug Testing Index™.