If you were to inform me of a drug-related incident 42 weeks ago, I would’ve assumed marijuana, cocaine, or heroin was involved. But since I began working in the drug testing industry, I’ve realized there are more prominent drugs that we encounter or even partake in on a daily basis. The definition of a drug is a chemical substance used in the treatment, cure, prevention, or diagnosis of disease or used to otherwise enhance physical or mental well-being. One of these substances that people don’t commonly associate with drugs is alcohol.

Alcohol is the intoxicating substance found in beer, wine, and liquor produced by the fermentation of yeast, sugars, and starches. Intoxication can impair brain function and motor skills and impair one’s ability to work. The effects of alcohol on an individual can vary based on many factors such as age, physical condition, amount of food consumed prior to drinking, use of drugs or medications, and the speed at which the alcohol is consumed.

Alcohol abuse, which can lead to alcoholism, is a pattern of drinking that can harm one’s health, relationships and ability to work. The National Council on Alcoholism and Drug Dependence, Inc. estimates that close to 15 million full-time workers in the United States are heavy drinkers. Employees who abuse alcohol are often tardy, absent from work, suffer from health problems and are at a greater risk of harming themselves and others.

Most people come into contact with some form of drug every day, whether it’s a pill to help reduce aches and pains or a simple cup of coffee each morning to jumpstart the day. Just because it’s not marijuana, cocaine or heroin, it doesn’t necessarily mean it’s not a drug. And here at Quest Diagnostics, we have tests for almost all of them. Visit our website to learn more about Q.E.D., our instant alcohol test. 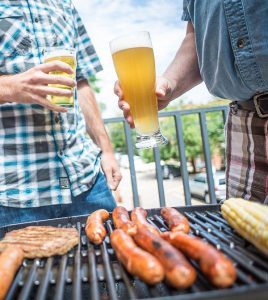