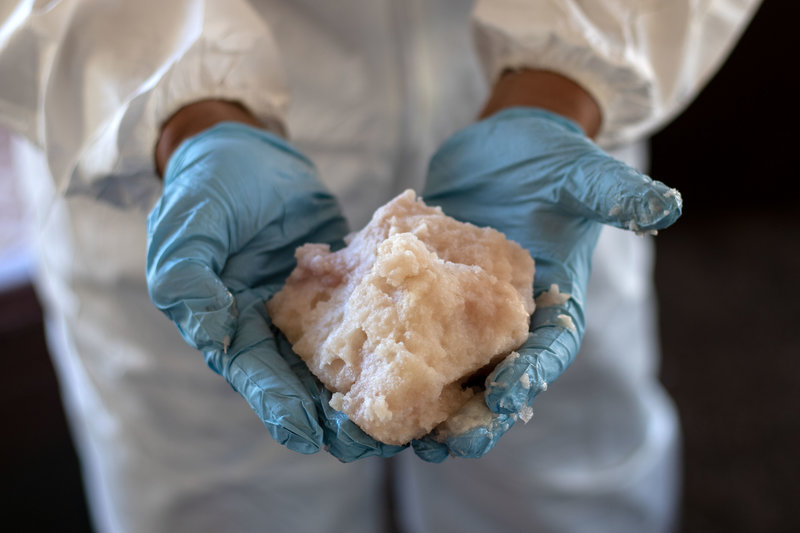 Recent reports suggest that the opioid crisis is overshadowing rising meth use in the United States. “It (methamphetamine) is back with a vengeance. The drug’s now stronger, and cheaper, than it used to be,” said Erik Smith, assistant special agent in charge of the Drug Enforcement Administration’s Kansas City office.

In 2005, the Combat Methamphetamine Epidemic Act was passed to regulate over-the-counter drug sales of ephedrine, pseudoephedrine, and phenylpropanolamine because these chemicals can be used to manufacture illegal drugs. This law dissuaded domestic manufacturing; but Mexican drug cartels now mass-produce methamphetamine and distribute the drug using the networks they established for heroin and cocaine. The latest data from the National Survey on Drug Use and Health estimated that approximately 667,000 people aged 12 or older were current users of methamphetamine in 2016, which is roughly 0.2% of the total population.

The Midwestern and Southern states of rural America are being overwhelmed by the resurgence of meth. An analysis of trends in the general U.S. workforce based on the four U.S. Census regions identified large increases in methamphetamine positivity rates. According to the Quest Diagnostics Drug Testing Index™, methamphetamine positivity increased in certain areas of our country between 2013 and 2017.

Fatal overdoses involving psychostimulants, which include drugs such as methamphetamine, increased from 5% in 2010 to 11% in 2015, according to the National Center for Health Statistics. In these communities, treatment for opioid addiction is prioritized over treating meth addiction which lacks government-approved medications. Nonetheless, the National Institute of Drug Abuse (NIDA) recognizes the dangers of meth and continues to research effective treatments for people who abuse the drug.

Visit DTIDrugMap.com to see an interactive map with positivity rates and trend lines by three-digit zip code in the United States.