The first study to obtain a detailed profile of users of synthetic cannabinoids was published in the May 20 issue of CESAR (Center for Substance Abuse Research) report.

According to this research, synthetic cannabinoid use among college students at a Southeastern university is concentrated in males and in the lesbian, gay, bisexual or transgender (LGBT) community. Students who self-identified themselves as LGBT were nearly twice as likely as heterosexual students (27 percent vs. 14 percent) to report lifetime use.

The study also found that lifetime use of synthetic cannabinoids was virtually non-existent among those who did not report past month alcohol (0.3 percent) or marijuana (0.4 percent) use, compared to 16 percent and 24 percent, respectively, of past month users of these substances.

View a PDF of the complete CESAR report. 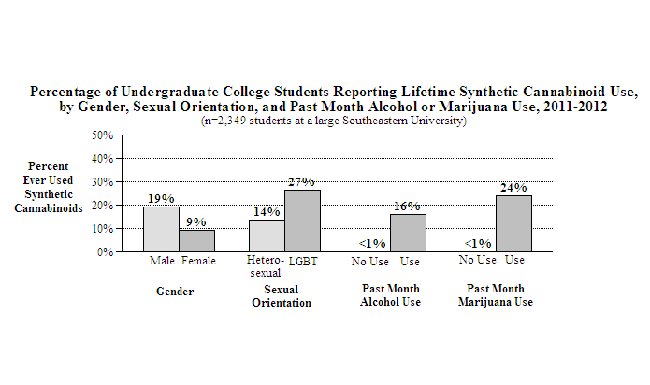