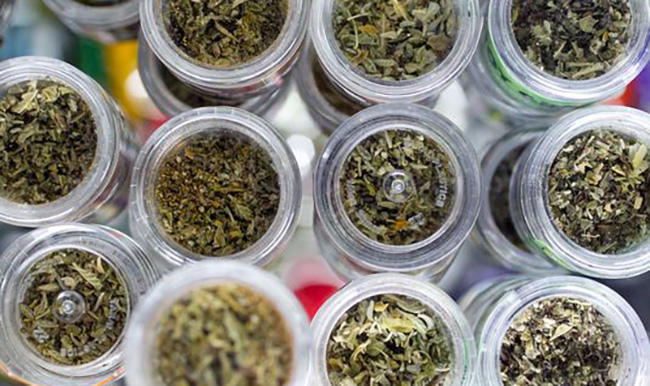 Synthetic cannabinoids (also known as “K2” or “Spice”) mimic the main psychoactive ingredient, Δ9-tetrahydrocannabinol (THC), found in marijuana. They do not contain cannabis but can produce a euphoric, hallucinatory effect anywhere between four and fifty times more potent than the THC found in marijuana. Data collected from emergency room visits and poison control centers reveals an increase in synthetic drug overdoses in the United States since 2011.

According to the U.S. Office of National Drug Control Policy (ONDCP), “There is an increasingly expanding array of synthetic drugs available. The contents and effects of synthetic cannabinoids and cathinones are unpredictable due to a constantly changing variety of chemicals used in manufacturing processes devoid of quality controls and government regulatory oversight.”

Our team of scientific experts continually monitors and makes adjustments to our panels with the goal of providing a standardized panel that can detect the most relevant synthetic drug-containing products. We are working collaboratively with other laboratories and service providers to periodically refine our synthetic drug panels based on information from the National Forensic Laboratory Information System (NFLIS), the U.S. Drug Enforcement Administration (DEA), peer-reviewed scientific literature and industry-observed trends and usage. Our new synthetic cannabinoids panel screens for 15 parent drugs, new analytes and updated metabolites – the most commonly-detected substances based upon extensive research.

“We have a new testing paradigm for synthetic drugs that calls for continuous evaluation. We must keep careful watch on the marketplace, positivity trends and the progression of cannabinoid usage,” said Dr. Kim Samano, Post-Doctoral Fellow, Quest Diagnostics.

In summary, we are committed to investing in and the development of tests to detect synthetic drugs. As a leader in the industry, we will offer testing panels that enable informed employment decisions.