Much like the still waters of Venice, exquisite Californian wine country, or serene Parisian cafés, marijuana use is romanticized. It is portrayed as an organic life-solution, a gift from the earth, and a natural, medicinal, and therapeutic way to relieve society’s collective aches and pains. From healing concussions to essential tremors, and almost everything in between, this plant seems too good to be true – because it is.

Marijuana’s benefits are touted by those who are invested in its legalization, while its potential negative side effects are often casually dismissed or simply ignored. Contrary to what advocates may have you believe, marijuana is not an herb or an organic supplement sold at health food stores, it is a controlled substance. It has been classified as such due to its high potential for dependence since the Controlled Substances Act was signed into law in 1971.

This is one of the most frequently used arguments by marijuana advocates to continually influence public opinion. However, much is not known about how marijuana is produced or how it truly benefits users, since it is not regulated by federal agencies like the Food and Drug Administration (FDA). As a result, the necessary research and foundational approvals are not in place for marijuana-derived products to be properly labeled as “safe for human consumption.”

What we do know is how the drug affects people while they are under the influence after continued use. The National Institute on Drug Abuse and similar organizations continue to provide robust resources to build a well-rounded picture of the drug and what its users may experience.

The risks posed by the drug should be more widely known and should be part of how the marijuana industry packages and labels their products. While some product labels do make sure to let the user know that the effects of the contents have not been FDA-approved, that motor vehicles should not be operated, that the drug should be kept out of reach of children, and that consumption may not be safe for pregnant women or women who expect to get pregnant, most products lack these warnings. Perhaps the larger issue is consistency, due to lack of regulation, every label is different and not all potential side effects are listed. That said, one consistent theme did emerge from our review of multiple marijuana product labels – do not operate a vehicle while using. Although buried in tiny print on inconsistent labeling, there is acknowledgement by the marijuana industry that the drug is not exactly safe.

Romanticizing the drug helps to sell more of it, but does nothing to educate users. There are many myths about marijuana and although public attitudes about the drug continue to change, the fact remains that this is a Schedule I controlled substance with a high potential for abuse.

If you or someone you know is unable to stop using drugs or alcohol, seek a referral from your primary care physician or locate an addiction specialist from the American Society of Addiction Medicine. 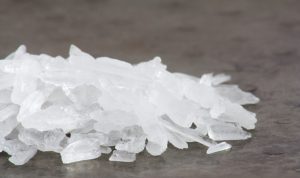 Drug Testing Under the influence: Methamphetamines