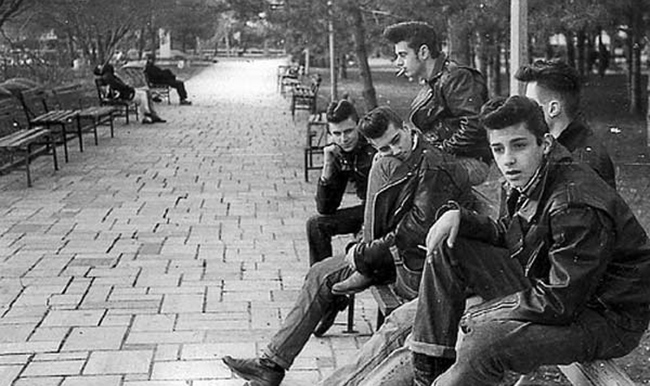 Recreational drug and alcohol use is oftentimes perceived as harmless, non-habit-forming behavior. In reality millions suffer from substance-abuse disorders that surfaced under the mask of recreational use. In this installment of our Exploration of Addiction series, we examine how addiction can take hold when our brains are at their most vulnerable and when life is at its most confusing – the adolescent years.

The root of our addictive behavior can be traced back to a time when our lives were ruled by raw emotion and thoughtless impulses thanks in large part to a developing brain. Dr. Jay Giedd at the National Institute of Mental Health studied the brains of teenagers and discovered a second “period of over-production of synapses” thought to only take place in babies. The study focuses on the surprising late-childhood growth and maturity of the frontal cortex, supporting the common belief that adolescents take more risks because their brains undergo tremendous change during these years.

Adding to the complexity of a maturing brain, teens actively look for their place in the world. We are a social species, who long to be part of a tribe of other like individuals. We need to belong. This biological fact dates back millennia and its purest form is manifested in teenagers, how they bully each other, how they celebrate together, and how they collaborate as peers in art, theater, music, and community service.

However, an immature brain coupled with a primitive drive to belong and unrelenting societal pressure may create a perfect storm for teenagers to seek out drugs and alcohol. According to the National Institute on Drug Abuse (NIDA), early abuse often includes tobacco, alcohol, inhalants, marijuana, and prescription drugs such as sleeping pills and anti-anxiety medicines.

Aside from biological reasons, the Partnership for Drug-Free Kids lists some reasons why teens may experiment with drugs and alcohol:

Adolescent drug use can have long-lasting effects on the developing brain and may interfere with family, positive peer relationships, and school performance. Prevention through education, communication, and resources like NIDA for teens can boost awareness and understanding about how substance abuse and addiction can affect both life and work.

In this series, we continue to add facts to the conversation and help to better inform parents, caretakers, educators, employers, and those who may be struggling with addiction and substance-abuse disorders. To learn more about this series, read our introductory post.

If you or someone you know is unable to stop using drugs or alcohol, seek a referral from your primary care physician or locate an addiction specialist through the American Society of Addiction Medicine.

To learn about common drugs of abuse, visit our website.

2 comments on “An exploration of addiction: The teen years”